Find a Scarf to suit your own unique colouring

Use our Colour Analysis Service to find your 'Happy' Colours

Origins of the textiles used in our garments

All materials used in Entulisso wraps have natural origins because we believe that it what our customers want.

We have chosen to launch with a range that has been carefully crafted from ultra fine Luxury Merino Wool sourced from a UK yarn production company in Yorkshire.  This very fine fibre is soft against the skin, which means that it is highly unlikely to cause skin irritation like traditional wool.  Also it feels more luxurious than traditional wool.

Merino wool has some wonderful qualities; it is natural, renewable, biodegradable, a good insulator, breathable, resilient and odour resistant.  It even has safety features as it is flame retardant and does not promote bacterial growth  Merino wool is the perfect material for trans-seasonal wear because it keeps you warm in the winter and cool in the summer.

The suppliers of the yarn for the Merino wool are members of the Campaign for Wool:

A note from the president of the International Wool Textile Organisation:

Wool is increasingly seen by caring consumers as a sustainable lifestyle choice for fashion and interiors. In 2010 HRH The Prince of Wales launched the Campaign for Wool with the purpose of renewing interest in and creating a greater awareness of wool’s environmental credentials. Of equal importance to the Campaign is the preservation of sustainable practices on farms for the benefit of the rural community. 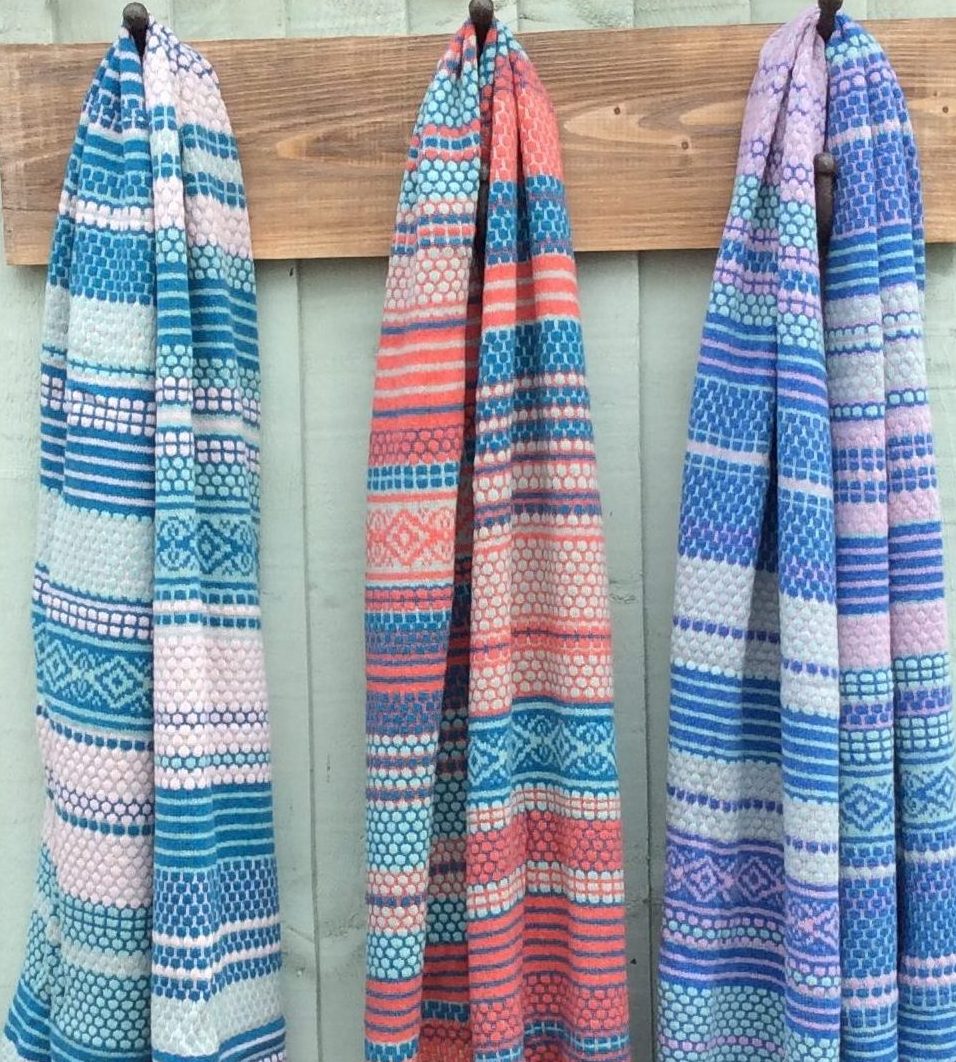 More about our luxurious Merino Wool

The merino wool used in our wraps is obtained directly from sheep farmers in Argentina and Uruguay and only those who are committed to sustainable grazing and where the sheep are not subjected to the practise of mulesing.  Unfortunately this practise is commonplace in Australia. It is a fairly unpleasant process that is carried to protect the sheep from fly infestation.  In South America the fly in question does not exist.

The Spanish dominated the wool market for hundreds of years. The Merino Sheep, originally from North Africa and are believed to have arrived in Spain at the end of the 12th Century. Closely guarded by the Spanish for its superior quality the export of Merino Sheep from Spain was punishable by death before the 18th century. The sheep got their name “merino” in the 1400s from the royal sheep inspectors “merinos”.

Where does it come from?

Cashmere production is said to have originally started around the 13th century, in the Kashmir region.

Until the 19th century, cashmere shawls were used by Iranian and Indian rulers for religious and political ceremonies. In the 18th century, Europeans discovered the fabric and started importing it in Europe, and especially in Scotland and France, where its popularity exploded.

Nowadays, cashmere still comes from Asia, where it’s produced and refined before being sent West.

It comes from one nomadic breed of goat, Capra Hircus, that produces very fine hair. This breed is found in Mongolia, Southwest China, Iran, Tibet, Northern India and Afghanistan.

These goats have to protect themselves from the harsh winters where temperatures can go as low as -40°C. They do this by  developing soft, fleecy fibres underneath their coat, on the underbelly. These  hairs are what makes cashmere.

In the summer months the goats naturally shed their coats. That’s when herdsmen comb out the fine hair, sort it by hand and send it to facilities to be cleaned, refined, and sold to companies

Is cashmere affecting the planet, people and animals?

Cashmere was initially expensive as it takes four goats to produce enough hair to make one sweater. These days you can find cashmere garments at very competitive prices. The goats were the first to pay the price of cheap cashmere production. They have very little fat meaning that shearing them too early means they can freeze to death.

The grasslands of the regions where the goats roam are also suffering. The increase in demand for cashmere came with the pressure to lower cost. Herders now need more goats to maintain their income. Overpopulation of goats is killing these lands: once green and unspoilt, these regions are quickly becoming deserts.

Cashmere production can also have a social impact. There’s a growing concern regarding the working conditions of cashmere goat herders, who have to handle the burden of continuously growing herds. Plus, we know that the fashion supply chain lacks transparency, and the cashmere industry is no exception. With the lowing costs of cashmere, farmers also face the risk of being underpaid, a common issue in fashion.

What can be done

Some companies that were using cheap cashmere such as ASOS have banned it, others such as Patagonia are only using recycled cashmere.  No one wants to see this luxury natural product disappear so companies such as Johnstons of Elgin which, along with Burberry and the retail juggernaut Kering, has partnered with the Sustainable Fibre Alliance (SFA)

The SFA works with cashmere farmers in Mongolia to protect quality by maintaining raw material costs as well as working on an education programme around animal welfare and environmental awareness to ensure best-practice farming and build a sustainable supply chain.

There have been extreme cases of mislabeling too, and some supposedly 100% cashmere products have been found to contain yak hair or even rat fur. If you do find a really cheap product that claims to be cashmere, it may be too good to be true.

Grab yourself a Christmas bargain on one of our discontinued lines! Dismiss